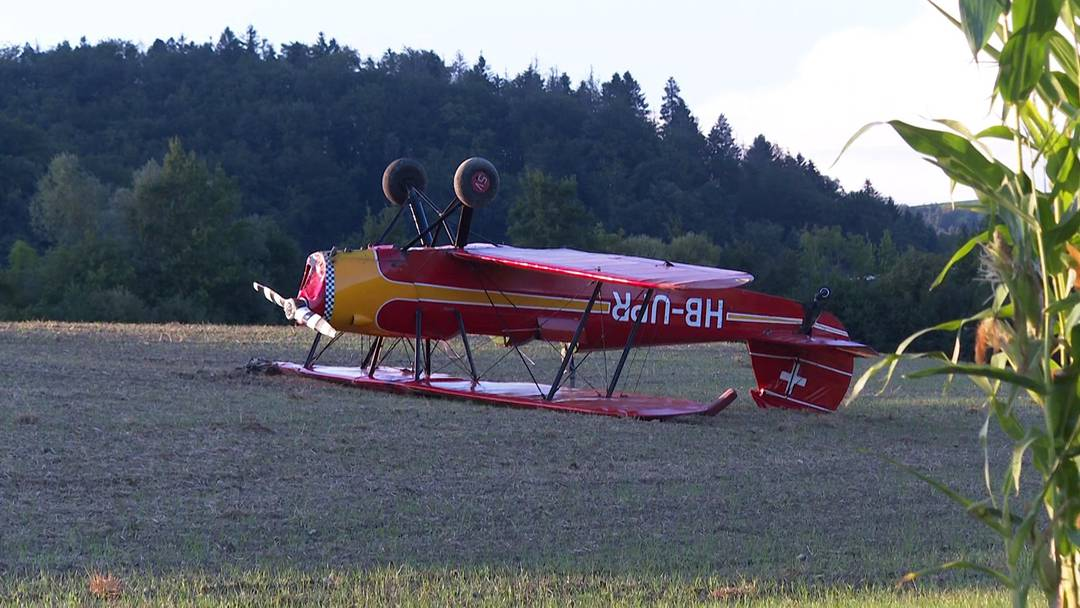 Meldung des Piloten: «On a VFR flight from XXX to YYY, I was approaching the sector X of YYYY from the south at 3500ft climbing to 4000ft when the engine partially lost power. It felt like it went back to idle or something in between. I took back the throttle and the engine was responding again. I could apply power again but just for 15 to 20 seconds, then it happend again. I tried again with the controls at my disposal in order to get back control of the engine which I could twice more before the engine quitted completely. During the whole process I was looking for an area to land, I then selected a field that I rated as the most suitable. On the XXXX frequency I declared a Mayday and started the approach. In final I noticed that the field was not as level as expected, I touched down where intended but the aircraft bounced back and after the second landing the deceleration due to the soft field was such that the aircraft flipped on his back. I could extract myself from the plane and announce on the frequency that I was ok. I then secured the aircraft and call the REGA to report the accident.»